Hi Yogi and the gang.

My old ticker is failing. I was in the hospital Wednesday for tests and again on Friday for more tests.
They wanted to keep me, but doc let me come home for the weekend if I promised to do nothing but sit or sleep.
I do have to be back before sunup on Monday morning for an exploratory operation.
Depending on how things go, I will either be in for a couple of days, or possibly up to a month.
It depends on whether or not they decide to draw and quarter me this time.
So if I'm not around for awhile, that's why!
Top

Gary
Thank you for the status report. It's got to be a little frightening when you allow other people to look for trouble in your body. They usually find it. If they do discover something this time around, hopefully it can be easily treated. I have mixed feelings about hospital stays. They are never pleasant experiences, but they can be life saving. We are going to miss you if you need to be gone for any length of time, and I'll certainly be hoping for the best of outcomes. It seems that if you have to lay in bed for a month, there must be some kind of computer you would be allowed access to. Maybe even a Linux based one.

Good luck my friend, and I anticipate seeing you back here soon.

I'm hopefully optimistic they will be able to install a balloon or two, and send me home in a day or two.
My first heart attack took out the back of my heart, the last one took out the bottom, and now the front is not getting enough blood supply so it is not pumping as it should. They see no plaque to cause a clog, so not stents this time. My arteries are just not big enough for the load imposed on them, so perhaps a balloon can make a couple a little larger.
If not, they will have to take some veins from my legs and do like a bypass surgery, except in this case it will just be adding more veins to those already there. We hope they don't have to go that route.
The frau is packing up my stuff for an overnight. I won't be able to move like the last two times, just lay still on my back for hours on end, hi hi... I do have a notebook computer she can bring if I'm there longer, but whether I can get on-line from there is another question. We'll cross that bridge if it comes to that.
I plan on being back home asap.
TTUL
Gary
Top

well, sod! i sure hope this will not be a lengthy stay - hospitals being such enormously entertaining place... not. not even close.

so... we'll have to do without your input for gods know how long!

i suppose you've no idea what kind of hardship that's going to create around here...

say, maybe you could dictate some and frau would be kind enough to type them in? 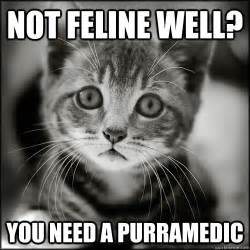 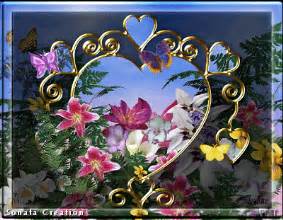 Well, I'm back, and obviously still alive, barely.
They were able to do nothing for me. My arteries looked fine, and I have enough of them.
But with the back and bottom of my heart not working, the front is working overtime and getting tired out.
The new pills they put me on after my first heart attack prevented me from getting an enlarged heart, which is what usually means ones early demise. So at least these pills are working.

I've been doing all the exercises up to the limits they told me to do. But now they want me to go to a rehab center for some new type of electronic exercises that one cannot do at home. I'm not sure yet what they mean, but it is supposed to exercise the heart muscle, probably so it burns my heart out faster.

They took me off one of the meds that made it harder for me to breath, so that's a plus, I hope.

I didn't have time to get my stuff done before, now I have to spend three days a week at the rehab center for about three hours per day counting travel time.

I guess it's better than being six feet under!
Top

It certainly is great to see you back so soon. Apparently they haven't given up on you yet, which is also good. Your heart story, and others like it, amaze me. It seems we are built with a lot of extra capacity in our vital organs. People get by very well on half the kidneys, half the lung power, and as in your case, half a heart. Now, if we could only do the same with half a brain ...
Top

i donno, yogi, i'm sure some have less than half a brain...

gary! it's great to have you back! 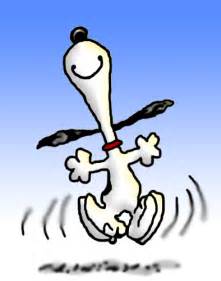 I've been functioning for decades using less than 10% of my brain, hi hi...
It was a disaster when my late wife passed away, because she was my main mass storage for all things important.
I've been breaking in the new wife now for fifteen years and she just about has keeping the things I'm supposed to remember available when I need to know them.

I have to take it easy for the next week to recover from extra long exploratory cath. I was in their four times longer than either time I had stents put in. The doc wanted to check everything he could this time before deciding I was beyond medical patch job hope, hi hi... Now it's up to me to see if I can get things a little better by going to rehab.

Honestly, I am hoping it does help!

Have a great day gang!
Top

whatever works! you know we're right behind you - especially in hilly terrain... ok, maybe a bit further behind, but i'm improving - squeaki doesn't have to push me up the hill when we come back from her bus.

we could try to do the 'moral support' but, well, between dennis and me, erm...

you're also very lucky you're not married to me, my memory is shite.
Top

The thing about rehab is that you are attempting to do some good on your own. It essentially takes you out of the doctor's hands and puts you in control of your recovery. Judging by what I read from you, Gary, you have a tremendous amount of determination and a lot of untapped extra capacity. I think these are all positive contributions to your prognosis. You certainly can rely on all (two or three) of us for virtual support. This is still the place to be when you run out of things to do. I can't picture you ever getting to that point, but we are here for you nonetheless. Take care of yourself my friend, and please do keep us in the loop tracking your progress.
Top

I have a treadmill I use on days when It rains and I don't want to make my laps around the garage.
I also have a stationary bike, rode it a lot and got from nothing to nowhere fast, hi hi...
However, after I took cardiac rehab the last time, I decided to turn the bike upside down so I could do the arm exercise like they had me do in rehab. Honestly, this works a lot better than riding on the darn thing.

The doc seems to think my downhill slide had to do with some new pills he put me on, so he stopped those.
I already feel like a new person as their bad side affects are wearing off.

I stop in every day, even when I don't have anything to say. Lot's of good stuff appears on BF to read!

Had to take the frau to have her lower eyelid operated on this morning. We didn't get home and her settled in comfortably until late. So I didn't make it up to my office until after 4pm and my day of work is just starting, hi hi...

You are quite the inventive fellow. Who would have thought you can use a bicycle to do arm exercises?

I've seen the cure often make the symptoms worse, and I guess that is what was happening in your case. It's why they say doctors "practice" medicine. Apparently it's not an exact science. In any case, I'm glad you are feeling better these days. I must thank you for your interest in this web site. I do try to make it interesting. It doesn't always come off that way but doing the research keeps me out of trouble most of the day.
Top

Return to “Purpose Meaning and Direction”